Start a Wiki
Bits and Bobs is a 2D platformer created for the Playstation 4, it was created by Black Smoker Interactive and by HippyDippyHoop5.

One sunny day in The Craft Archipelago, a sudden danger strikes, The Eraser! He starts to destroy the archipelago, so the gods of it make a hero out of a yellow cardboard box, a couple of paint brushes and two cotton balls, it looks like SpongeBob a tad bit, but it is not sentient, so they get SpongeBob to go inside the box and control it, so he does, and the quest begins! 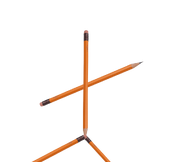 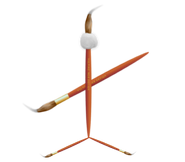 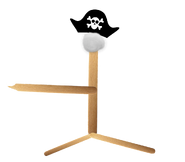 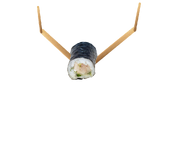 Sushi Spider
Add a photo to this gallery

PS4 Trophies can be earned in this game. 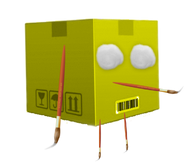 Artwork of Patrick (Unused)
Add a photo to this gallery
Retrieved from "https://spongefan.fandom.com/wiki/Bits_and_Bobs?oldid=372555"
Community content is available under CC-BY-SA unless otherwise noted.