Gary the Snail is a snail in the SpongeBob fan series. In SpongeBob meets the transformers, it is revealed he is a secret agent, keeping his secret away from SpongeBob and the other Bikini Bottom towns people except for his boss, the other agents and his nemesis. Gary is shown to have a nice and personal attitude. Gary the Snail was created in 1999 when he was 9 years old. Gary might be associated with the government (for bringing in many extra-terrestrial life forms, and transporting them to Area 51.)Gary The Snail and Gary's New School reveals him to have an allergy to nuts, and he is currently best friends with Martha Snail. It was also relieved for his passionate love for Squidward, for he loved having a good night snail slobber with him while trailing snail ooze all over Squidward's home.

In SpongeBob Boom, he is one of the main characters from episode 3 onwards. 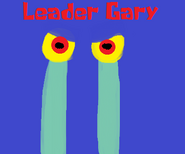 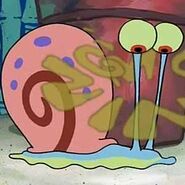 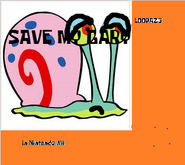 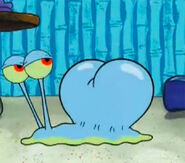 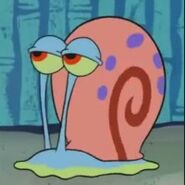 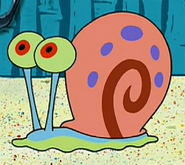 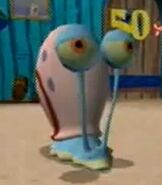 Gary in BFBB ps2
Add a photo to this gallery

Retrieved from "https://spongefan.fandom.com/wiki/Gary_the_Snail?oldid=520031"
Community content is available under CC-BY-SA unless otherwise noted.