SpongeBob SquarePants: The Reality Show is an animated reality series, created by Dillon9988, and produced by Krusty Krab Productions, featuring the cast of SpongeBob SquarePants competing in both physical and mental challenges for the "Grand Prize of Bikini Bottom" of $1,000,000. There will be two teams competing, each consisting of an equal number of contestants. Every week one contestant from the losing team will be voted off by you, the viewer. Who will win? It's up to you!

The following is a list of episodes from SpongeBob SquarePants: The Reality Show.

The following is a list of shorts from SpongeBob SquarePants: The Reality Show.

The series mainly takes place in Bikini Bottom, although the cast have visited other locations throughout the series such as Rock Bottom, Kelp Forest, The Bermuda Triangle, and Atlantis.

"This made me laugh, something that doesn't happen that often. Good job!" - William Leonard

"I have a lot of favorite spin-offs on this wiki, and this is one of my favorites! Keep it up!" - IHeartSpongeBob

"If I had to rate this show on a scale from one to ten, I would give it a twenty eight...and a half!" - MrScience12

"Only 3 words to describe this. THIS IS AWESOME!"- RamDarre

"This is definitely one of the best spin-offs EVER!" - Suds47

"Greatest spin-off I've ever seen in my entire life. This is the absolute pinnacle of Fanon-ness." - CalzoneManiac

"This show is terrific!" Alexjake14 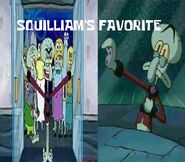 Oh, no You Didn't! Award

Is Worthy of Leader Plankton Award

Is a Hit Award

This Show Is Won A Wobba Wobba Award!
Add a photo to this gallery

Add your name below if you wish to join the series production crew. You are not given permission to create an episode or edit the page until notified that you were accepted.

There have yet to be any video games released so far.

The episode "The Feast of Total Disgustingness" featured Fred, as a unintelligant character, which many fans argued about. Creator of the series, Dillon9988, said that "Fred had never developed an on screen personality in the original series, which gave us the opportunity to mold him into whatever we wanted."

SpongeBob SquarePants: The Reality Show is currently featured spin-off, so thanks to everyone who voted.

The season finale that was to air was also to be our second crossover of the series.

The first film of the series was to air.

SpongeBob's Appearance When Hosting the Series 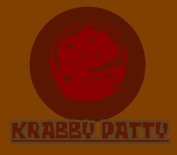 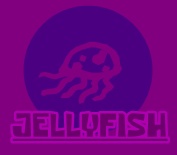 Retrieved from "https://spongefan.fandom.com/wiki/SpongeBob_SquarePants:_The_Reality_Show?oldid=395140"
Community content is available under CC-BY-SA unless otherwise noted.