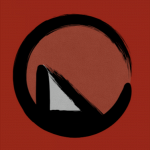 RETIRED
This user is no longer active at SpongeBob Fanon Wiki.

My History on This Wiki

"How did I first come to visit this wiki?", one may ask. That's pretty simple, one summer evening I was on Logopedia, the first wiki that I have ever encountered and I was searching for other wikis. An obvious choice was to check if there was a SpongeBob Wiki, and of course, there was. I entered the chat (the first time being on Wikia chat) and noticed that I was in the middle of a discussion. So I headed on to the main page, and there I saw a news saying "NEW EPISODE PREMIERES TODAY!". After I clicked the link, I realized that it has been put by a person who just wanted to advertise his fanon. It lead me to a place called the "SpongeBob Fanon Wiki". Thus, I entered the chat to find someone talking about how much someone else's art sucked. I just said "Hi" and got multiple greetings. So literally, I came here by complete accident. If that person hadn't spammed on the ESB home page, then I wouldn't probablt be here today. So...thank you Mr. Anonymous Person, I really appreciate it. XD

After entering the wiki, I decided to make my own spin-off, which to be later bruttally bashed or either gladly accepted, "SpongeToons". It was after that I found great new friends and soon after called this wiki as my new home.

Support From the Community and Hiatus, August 2014-November 2014

During my pain through the raging typhoon, you guys supported me and helped me through these tough times. I then escallated this new spin-off to being a popular spin-off. Although it was negatively recieved, I did enjoy working with a couple of friends of mine. However, a long hiatus, caused by increasing schoolwork slowed me down.

During the turn of November 2014, I returned to the wiki, greater than ever. SpongeToons got its first movie and generally recieved mixed reviews. Better news was I was back more active than ever!

Great Support From the Wiki, December 2014

After my grandfather passed away, the whole community helped me through another rough road in my life. I thanked all of you so much for all that support and help.

During Christmas 2014, Mike, Adam, and I decided to create a new spin-off, Basket Sponge. We all had no idea that it would turn out to become the most loved spin-off of the month and the most active of December, it just kept growing and growing. Then, I attempted to create a new spin-off which failed badly. But I soon became a very devout member of the SBFW Community. All I know is that my future in this community is looking bright and bold.

Everything After (Admin, Bureaucrat), February 2015-present

Retrieved from "https://spongefan.fandom.com/wiki/User:SBCA?oldid=529155"
Community content is available under CC-BY-SA unless otherwise noted.